I have a new cover. 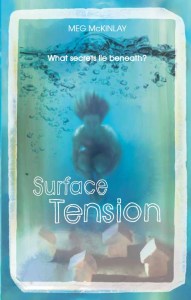 I’ve liked all my covers well enough – some more, some less, as is the way of things.

But this cover? I love it. And in a curious kind of reversal, in some ways the cover is responsible for the book.

I wrote this book in 2009 and it was a bit of a mess. I would probably have given up on it but for the fact that I had a grant from the kind people at the Department of Culture and the Arts, and felt beholden to actually produce something.

I wrote it and rewrote it and moved scenes around and moved them back again and deleted them altogether and stepped away from the manuscript and started over – again and again. I tore out metaphorical chunks of hair and really thought the whole thing was dead in the water.

I left it sitting for a while. I’d lost all sense of whether it was any good or not. I felt odd about sending it to my editor. I feared it was still a mess.

Eventually, I shrugged my metaphorical shoulders and decided I may as well just send it and see what she thought.

In July last year I got an email saying they liked it, and wanted to publish it. In February this year. Which is very fast.

Because it was so fast, I thought, well, for once in my life I’ve written a book that doesn’t need a lot of editing. I was relieved but also vaguely uneasy, because I’d thought the book had problems, and if it in fact didn’t, then I had no barometer at all for such things.

Both luckily and unluckily, I was wrong. The short lead time was no indicator of the quality of my manuscript. It was an indicator of there being a slot in the publishing schedule that my book would fit nicely into, if only I could get it ready in time.

‘Ready’ in this case, meaning substantially rewritten, rather quickly.

I almost lost courage. I was sick of the book. I had lost sight of what I was doing. I had no real feel for the characters. I had no faith in my ability to recognise what was wrong with it or how to fix it.

The first was that I had a fantastic conversation with my editor, who nudged me gently towards a vision of what the book could be, if I could only find a way to get it there.

I converted it into wallpaper for my desktop so it was there every morning, every evening, every everytime I turned my computer on, and I set off, at once inspired – to write the book that would live up to the cover – and anxious – that I couldn’t, that the cover would end up being gorgeous packaging for a lacklustre story.

When the going got tough, I set the writing aside and just stared at the image, reminding myself of what I was writing out of and towards. I watched that figure plunging down and down towards the drowned town. I reconnected with my character. I found the heart of my story. And now, finally, it’s a book.

I’m hoping I pulled it off, but I guess time, and readers, will tell.

9 thoughts on “Cover Me”