Just the title of this post makes me all kinds of nostalgic. This is because I was a child 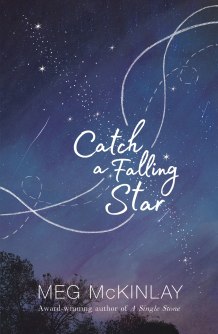 And exactly that specific because it’s set against the backdrop of an actual historical event, the uncontrolled loss of orbit and eventual crashing to earth of Skylab, one of the world’s first space stations.

I’m told that the 1970s is long enough ago for Catch A Falling Star to be considered historical fiction. Luckily for me, though, having direct experience of that period, I didn’t need to do the kind of research this genre normally calls for. I grew up then! I remember stuff like sea monkeys and Sunny Boys and yelling

out “Spunk!” and lying on the warm concrete at the pool all day because skin cancer hadn’t been invented yet. The only things I needed to research were Skylab facts and figures – the exact timeline, direct quotes from newspapers, that sort of thing.

That’s what I thought, in the beginning.

Excuse me while I beat my head gently against this wall.