No, it’s not a sequel. This isn’t a new book but a new lease of life for an old one.

I can’t believe it’s nearly two years since Once Upon A Small Rhinoceros set sail, but since it is, that means it’s time for a paperback edition! 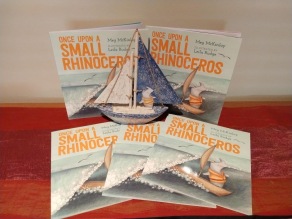 I’ve had the loveliest time introducing my little rhino to readers in schools and libraries far and wide. We’ve talked about courage and resourcefulness and feeling the fear and doing it anyway. About the beauty in encountering ‘strange’ things and the opportunities in letting yourself be lost. We’ve talked over and over about why it might be that so.many.readers can read the whole book and still think my glorious girl is a ‘he’.

Sometimes we’ve just curled up on the carpet and let the waves rock us to sleep. One little boy entered so completely into that space he said he felt seasick afterwards!

Along the way, I’ve learned a few things. Kids have pointed out things in the illustrations I’ve never noticed. My rhinoceros-drawing skills have improved, or changed, or something. I overcame my terror of public humiliation and drew a rhinoceros on butcher paper in front of a hall full of kids, upon which a small boy raised his hand and said he liked the way I had displayed a growth mindset. Kids today, I tell ya!

One of my absolute favourite things about being a writer is seeing my work spark creativity in others, and it’s been such a joy to get feedback from teachers and students who have used Once Upon A Small Rhinoceros in the classroom.

With one group, I talked to kids about why the rhinoceros might wear her lifejacket before and during her journey, even when she’s on dry land. And why, in one particular illustration towards the end, she leaves it completely undone. We spoke about the idea of nightlights and security blankets, cuddly toys – things that make you feel safe independent of any practical function they might have.

A week or so later, a teacher sent me these wonderful pictures of an activity her class had done back at school. She had built on this idea, personalising it, challenging the kids to think about how this idea could relate to them. What were their worries and fears? And what could they use as a personal ‘lifejacket’ be in those situations? 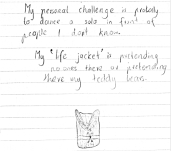 On another occasion, I received a wonderful package from a Year 2 teacher in Sydney. Her class had compiled their own illustrated stories of the adventures the ‘even smaller rhinoceros’ might go on were the book to continue. 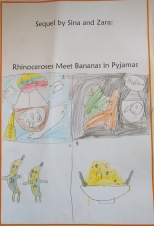 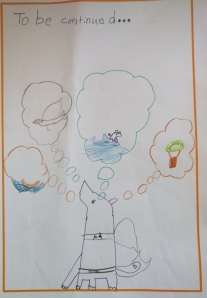 Last year, a mentor in the 12 Buckets program who had been sharing the book with one of her students had a 3D model of the rhinoceros printed so she could accompany her on holiday, and share her travels with the student. 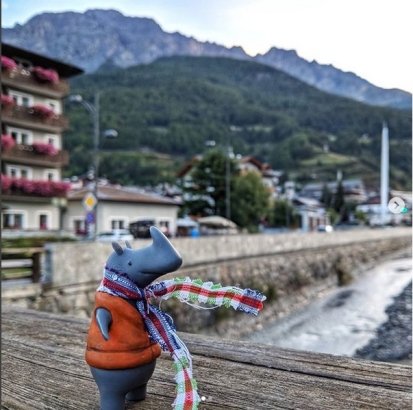 (Small rhinoceros also visited Mark Greenwood‘s spa, but that is a whole other story …)

And recently, I received the following from a Year 2 teacher in Swanbourne:

In 2018 Once Upon a Small Rhinoceros became our most celebrated text in my Year 2 class.  Children delighted over this little but intrepid character and we compared her braveness, determination and independence to qualities we would need to face the new year ahead.  We allowed ourselves to dream big just like the little rhinoceros and set ourselves our own goals to strive for.

This is the stuff that absolutely makes my heart sing. These little glimpses from the reading frontlines remind me that these things I make up in my head go on to have a life outside me and themselves, that they ripple and ripple and sometimes really matter.

I’m so thrilled that my small rhinoceros is setting sail again. I hope she finds her way into the hearts of many more readers in the years to come. 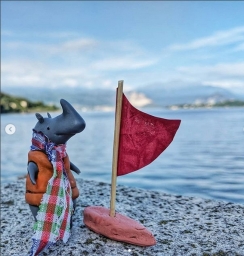